TEZUKAYAMA GALLERY is pleased to announce Misato Kurimune ‘s first solo exhibition “Complex/Crushed/Condolence”, which will be shown from 7th June to 6th July 2013.

Kurimune was born in Kobe in 1988 and completed a Masters’s course at the Kyoto Seika University, Graduate School of Arts in 2013. She established her unique concept and style while she was studying. In March 2013, Kurimune participated in the Print Art Triennial in Kyoto “PAT KYOTO” along with a number of established artists. In 2011, Kurimune also participated in a group exhibition at Tezukayama Gallery, entitled “Shashin?”. Using photographs as their medium, the four emerging artists received great recognition for their artworks.

Kurimune mostly creates artworks based on black and white photographs, printed on fabric and then painted over with cosmetics or silver leaf. In doing so, she creates powerful images that leave a long-lasting impression on the viewer.

In this exhibition, her new series “condolence, “crushed” and also previous series “complex” will be shown. We are looking forward to seeing you at Tezukayama Gallery. 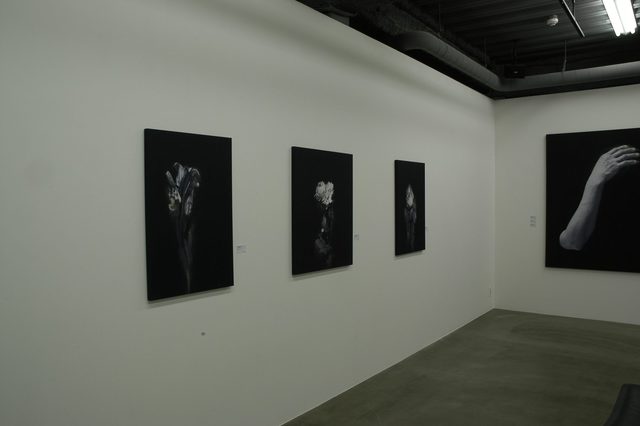 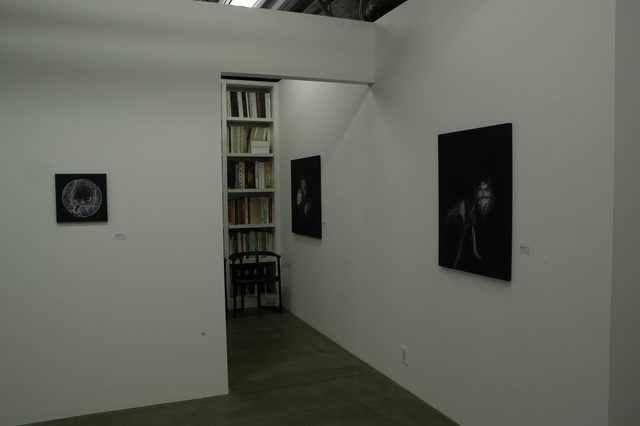