Tezukayama Gallery is delighted to present “What a cool!”, a solo exhibition by Kotatsu Iwata.

It has been 8 years since Kotatsu moved to New York where he creates works based on his everyday life.

Using milk cartons, beer cans, companies’ logos, and cartoon characters, Kotatsu Iwata’s work might resemble American pop artists such as  Warhol and Lichtenstein’s works from the 1960s-80s which were novel and cutting edge at the time. Kotatsu’s work expresses not just a novelty, but also a slightly nostalgic feeling.

With his own style and technique, he uses varied colors to give weight to the screen then scratched. He picks not just vivid colors but a mix of colors he finds on the palette every time that has not just a pop impression, it may also novel and deep

In this exhibition, we would like to focus on a “flower”, which might be a common theme. Kotatsu has been using this motif for a long time, his flowers bloom with superb colors, a simple painting allows the imagination to travel. without any precise definition, the artist felt inspired in NY with the title “What a cool”, since then he has pursued the idea of creating “cool works”

The exhibition will also show others his series of acrylic paintings and wood-cut printed works. Kotatsu will be back in Japan for this exhibition. We look forward to seeing you at Tezukayama Gallery! 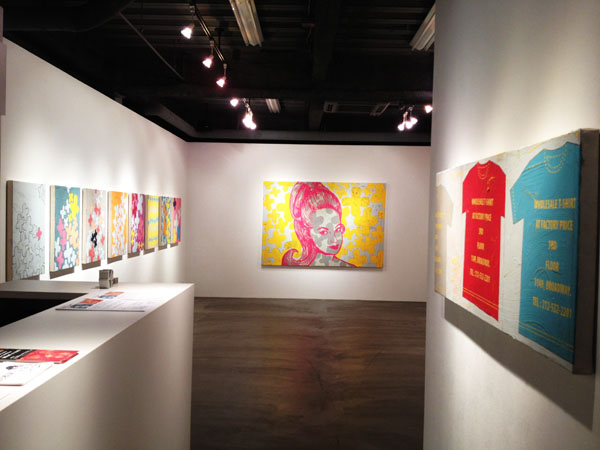 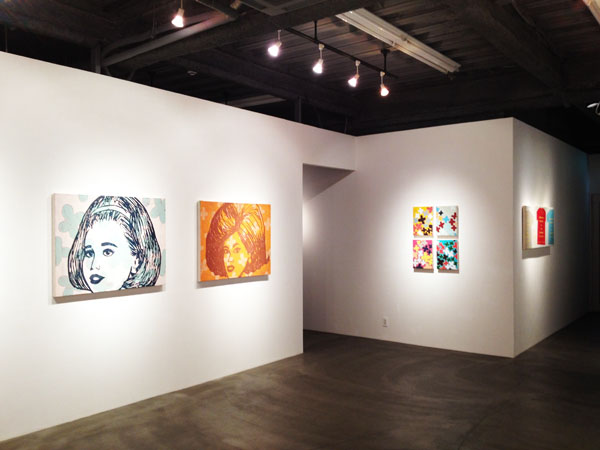 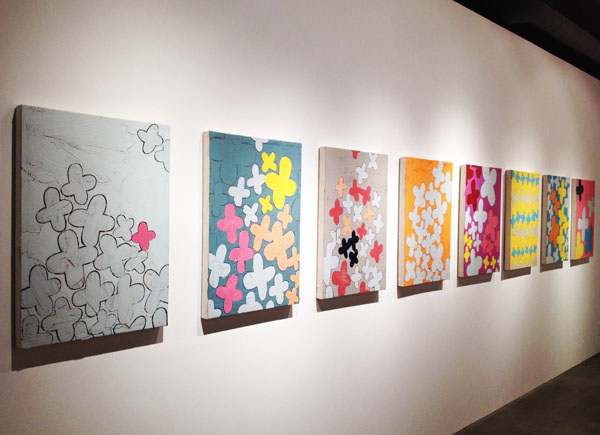