TEZUKAYAMA GALLERY will be pleased to announce a solo exhibition “anonymous” by Tomohiro Kato from the 5th of April. This will be the second time in seven years to hold a show by this artist.

After graduating and receiving his master’s from Tama Art University in 2006, Tomohiro Kato has worked at a metalwork company where he was able to further exercise his skills as a creator. He consistently used steel to show the connection between material objects and society. In 2013, he presented his work at the 16th annual exhibition of the Okamoto Taro Contemporary Museum and was awarded the Okamoto Taro Award in recognition of his installation, “Steel Tea-Room (created in 2012) *1. In the same year, the exhibition that was being held at the Okamoto Taro Memorial Hall titled “The Sun and Steel” was created from the image of a prison. It challenged the idea that artifacts collected by the museum itself, in a sense, imprison the artwork *2. The installation was regarded as an impressive sensory experience. With the artwork behind bars, unable to receive the appreciation it deserves, it shows how fragile material objects truly are. The artist set out to display the dire system of prison life using steel, a material that has been long associated with violence. He created a beautiful visual representation of both the current role a museum plays and the authoritarian structure that each artist is forced to succumb to.

In 2014, another installation of his was on display at Arts Chiyoda for the 3331 Art fair: a cage big enough to hold one adult male *3. The guests would go through and past the cell, unknown to them that it was an attempt to break the third wall between the viewers and the art while also working to shake the value system of each person who interacted with the piece. Each exhibition was a turning point for the artist, leading him to put further emphasis on the effect that division has.

At this current exhibition, there are new featured works from the series “anonymous” and will present his “iron oxide paintings” for the first time. The reason for the name “anonymous” is because of the unknown people and weapons chosen for this series. He made the body of the sculptures using a repetition of steel wires to create the shape along with the contour. While the complicated enumeration of the steel wiring is the first thing noticed, the outline of the abstract motif is what the true emphasis is meant to be on. Because the viewer is able to observe the art from different standpoints, it also works as the catalyst to change one’s mindset. The moiré pattern used to create the shape softens the art and takes away the original hard image the steel once had. Space created the short moment of time that was intended to allow everyone to question each aspect of the art piece.

The “iron oxide paintings” were created using a medium of iron oxide crushed into small pieces. By the look of the art, one could mistake it for works of steel when in fact it is a painting created to resemble the style of relief. It was intended to highlight the universal importance of both the painting and materials. The center of this exhibition is the portrait. The chosen images that the artworks were based on were taken from mugshots, selected from individual foreign municipalities. The artist uses dots of various sizes to complete the piece, and in doing so creates an even more in-depth meaning to the abstraction.

The artist states, “The intention of my art is not meant to praise or curse the crimes that were committed. But I do believe in the importance of introducing a way to cross the boundaries that are created by society. The art allows the spectator to cross over the boundaries as he pleases while creating a space that fosters new trails of thought.”

Tomohiro Kato, a steel artist that gives you a deeper experience of expression. 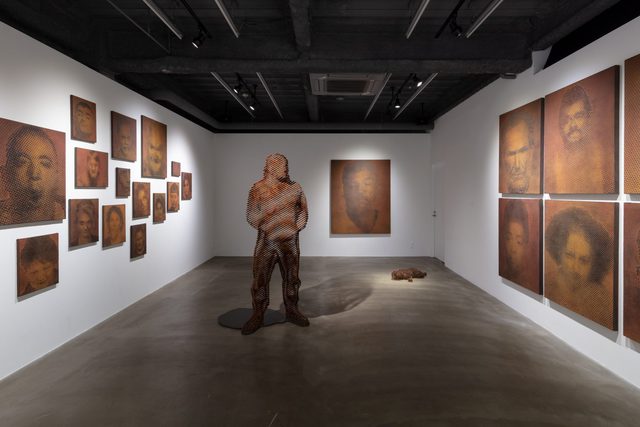 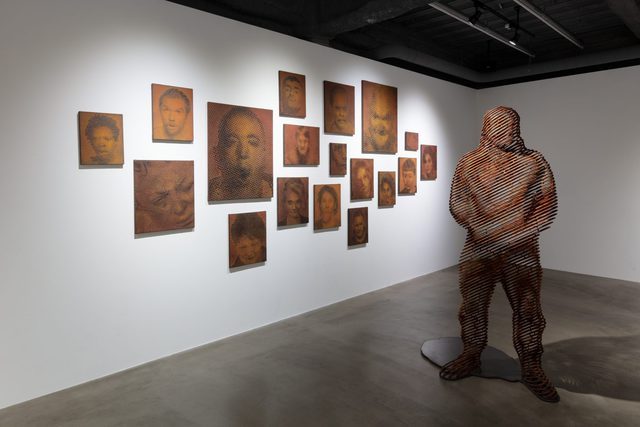 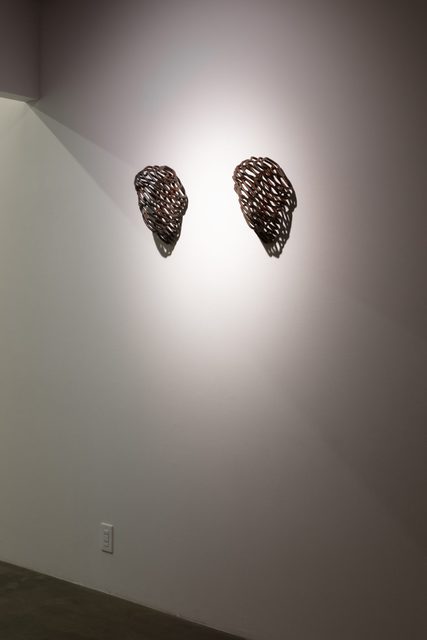 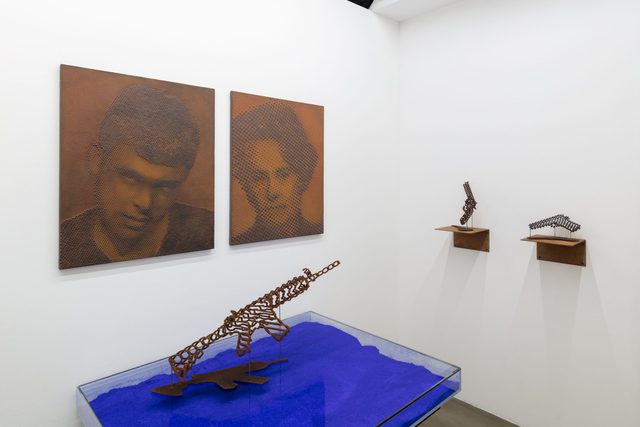 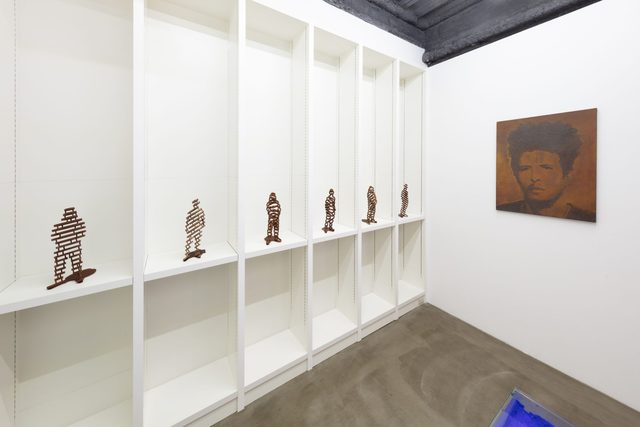 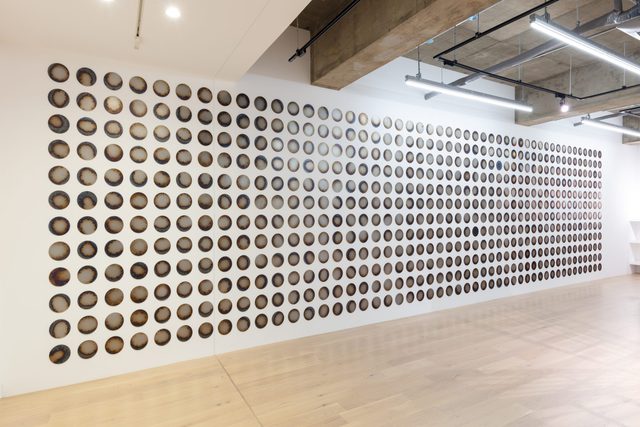