KUROOBIANAKONDA was formed in 2019. Themed in the scene that was created by the

nonlinear combination of various members who have different kinds of genre and theme.

A dyer. Born in Shizuoka prefecture, in 1981. He finished his master’s degree at Tokyo University of arts. While he is reconsidering the Japanese traditional dyeing method called “Yuzen-some”, he is creating his work under the theme of renovations of traditional crafts and refurbishment of contemporary art at the same time. He held his solo exhibitions at Sokyo Gallery(Kyoto/2018), Japan House Gallery(London/2014), Ise Cultural Foundation From Space Gallery(New York/2012), Tokyo Opera City Art Gallery, Project N(Tokyo/2021), Mizuma Action(Tokyo/2010), and he participated in “TOUCH” Atelier Blancs Manteaux(Paris/2018), “Light Sgraffito” Victoria and Albert Museum(London/2017), “IMAYŌ: Connecting Past and Present” Honolulu Museum of Art(Honolulu/2016), “KIZASHI” Pola Museum Anex(Tokyo/2014), “EDO POP: THE GRAPHIC IMPACT OF JAPANESE PRINTS” Japan Society Gallery(New York/2013). His works are also collected by Tokyo University of Arts, Moriaki Museum(Miami), and Victoria and Albert Museum(London).

A sculptor, doctor of fine arts, and street racer. Born in Tokyo, in 1982. He finished his doctoral degree at Tokyo University of Arts. He is based and creating his work at his atelier in Chiba prefecture. He has been exhibiting his sculptures and installations that he adds more methods to the sculptures, by burning the wooden sculpture and carbonizing it and, the upside-down fruit sculptures that stand by themselves at galleries and art fairs. Additionally, he is one of the representative artists of NANZUKA. For his main exhibition in the past, MITSUKOSHI CONTEMPORARY GALLERY(Tokyo/2020), Gallery Tsukigime(Tokyo/2019), FR2 GALLERY2(Tokyo/2018), Galerie Vere Munro(Hamburg/2016), NANZUKA(Tokyo/2014), Tsuruoka Art Forum(Yamagata/2012) for solo exhibitions, and he participated in “New Work From an Old Studio ♯10” Chinretsukan Gallery(Tokyo/2015), “colored noise” Hikarie 8(Tokyo/2014), “Yorishiro Project” Kamigamo-jinja (Kyoto/2013), “Immemorial Foreseeing” Fellini Gallery(Shanghai/2010).

B-BOY/Sculptor. Born in Saitama prefecture, in 1980. He finished his master’s degree at Tokyo University of Arts(sculpture course). He is also a B-BOY, and keeps expressing the relationship between the human body and clothes, through wooden sculptures, pursuing the space, movement, and gravity within B-BOY and sculpture. He also uses different kinds of media other than sculpting.

Born in 1980 and lives in Osaka. He spent his childhood in Buenos Aires, Argentina, and attended a high school in Barcelona, Spain. Graduated from Department of Sculpture, College of Art at Nihon University. He has produced ceramic sculptures, drawings, and paintings with motifs of ancient gods, pots, big cats, plants and pineapples. With the theme of “fictional ancient artifacts”, artworks created by mixing images from different places/periods have a unique floating feeling as if they do not belong to anywhere. Koike says his interests are “the state where different elements coexist in harmony” or “the processing that changes the purpose and meaning of things”.
His selected exhibitions include: solo exhibitions at OMURO MUSEUM (Mie, 2021), AISHONANZUKA (Hong Kong, 2019, 16, 13), TEZUKAYAMA GALLERY (Osaka, 2020, 17, 14), VOLTA 12 (Basel, 2016), VOLTA NY (New York, 2016) and AISHO MIURA ARTS (Tokyo, 2013, 12, 11, 10, 09) .

Born in Kagawa prefecture, in 1978, currently living in Tokyo. As he explains the “outer world” that he creates, his works have one world that is real and unreal that are existing at the same time. He is one of the representative artists of NANZUKA.

Born in 1974, currently living in Kyoto. Developing his style of works with photography, videography, sculpture, paintings, installation, and so on, and he is creating his work through the examination of social conditions. At the Armory Show in 2013, Eric Shiner, who was the director of The Andy Warhol Museum at that time (now the director of Pioneer Works, NY.), chose him as the only Japanese artist for the curatorial section and this became news in various news sources. For his main exhibition in the past, Daiwa Anglo Japanese Foundation(London/2019), AISHONANZUKA(Hong Kong/2017,16,14), The Armory Show(New York/2013), CAPSULE(Tokyo/2012) for solo exhibition, and he participated in “Next World-Taguchi Art Collection x Iwaki City Art Museum” Iwaki City Art Museum(Iwaki city/2021), “Other Ways” Enokojima FLAG STUDIO(Osaka/2017), “Unclear nuclear” URANO(Tokyo/2016), “Resonance” Sao La Gallery(Ho Chi Minh/2014). Awarded for New Cosmos of Photography in 2003. Participated in ISCP residency program(New York.) Main collection by Taguchi collection. 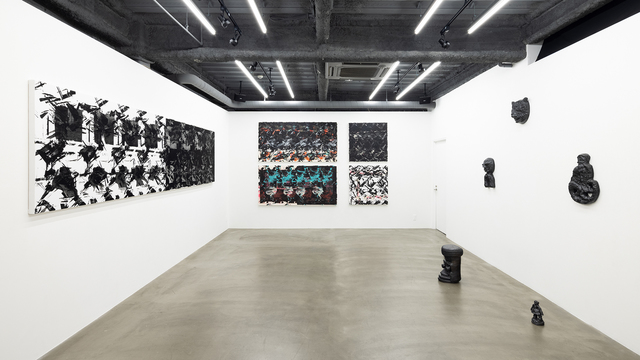 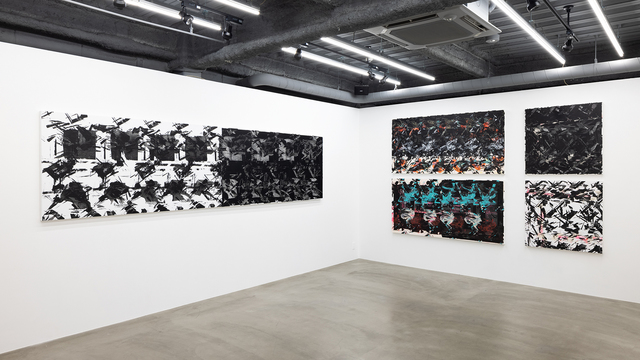 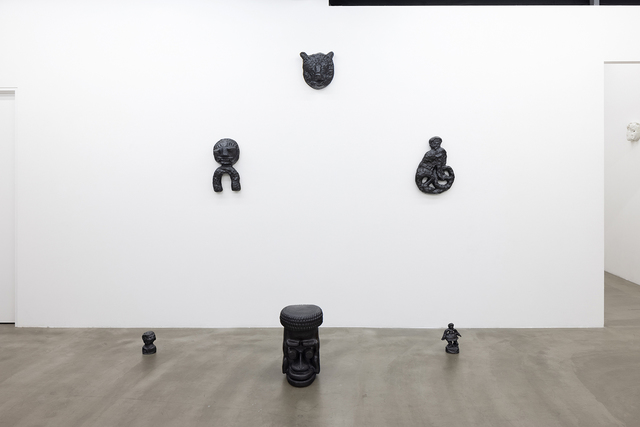 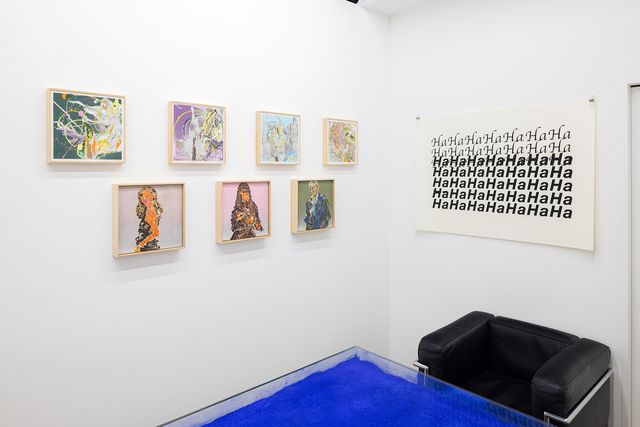 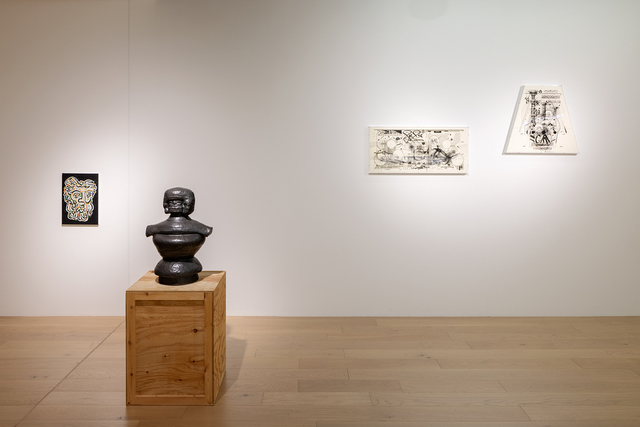 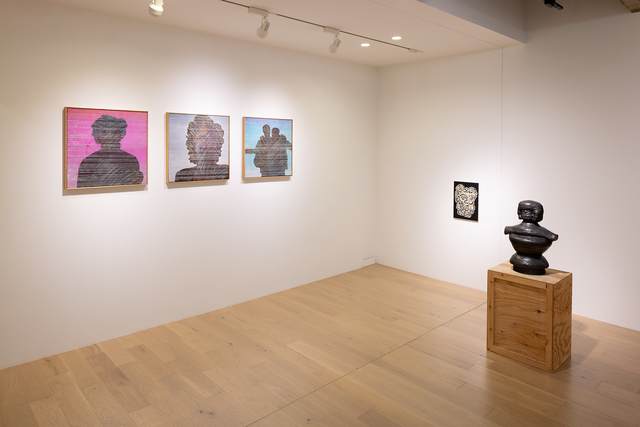 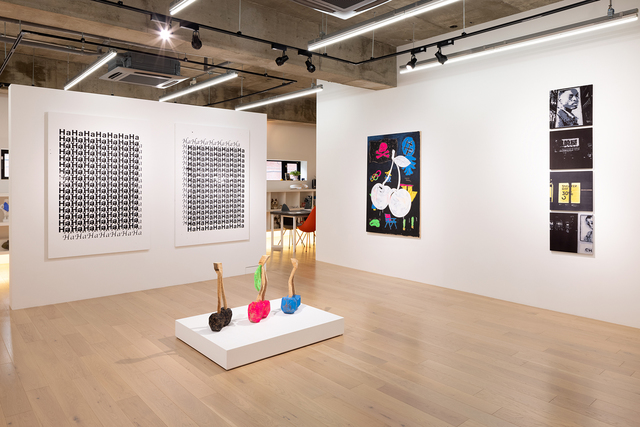 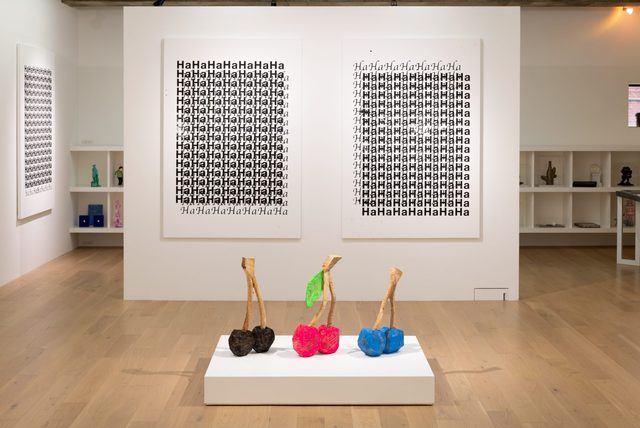 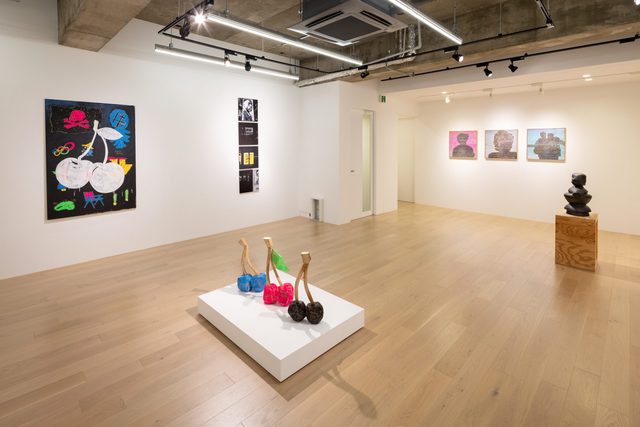